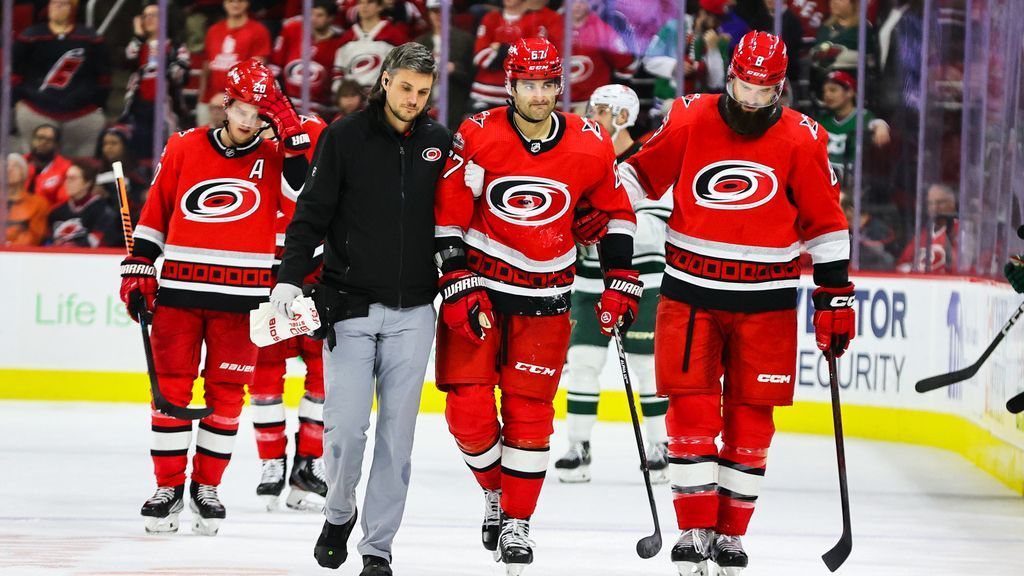 Pacioretty’s health became a concern in the final minute of the Hurricanes’ 5-2 win over the Minnesota Wild at PNC Arena. No one was near Pacioretty as he looked to pass the puck when he was next to the Wild net. He took a few strides, made a quick cut, and his right leg immediately flew into the air before Pacioretty fell to the ice.

He stayed on the ice with his right leg in the air. The game was stopped with 19.3 seconds remaining. The Hurricanes’ athletic coaching staff came onto the ice to help Pacioretty as he was surrounded by a few teammates.

Pacioretty, who didn’t put weight on his right leg and foot, was then escorted by his teammates to the Hurricanes bench.

“It doesn’t look good. We don’t know, but it doesn’t look good,” Brind’Amour said after the game. “It’s a little hard to say. We know what kind of player he is, we got a taste of it, it was exciting and he’s the kind of player we need — a guy who can put the puck in the net. But obviously I hope it’s not as bad as you think, but I’m not too optimistic right now.”

Getting Pacioretty, a six-time 30-goal scorer, on an offseason trade with the Vegas Golden Knights was a move that would strengthen the Hurricanes by giving them a top-six winger. Those plans were changed when the team announced in August that Pacioretty would be out for six months to repair a torn Achilles.

Pacioretty made his debut Jan. 5 and scored his first two goals of the season in a 4-3 shutout loss Jan. 7 to the Columbus Blue Jackets. Including the game against the Wild, Pacioretty has scored three goals in five games.

The 34-year-old winger went 16:38 with three shots against the Wild before leaving the game.

“Look, we’re gonna have to get out there, pick up the pieces and move on,” Brind’Amour said. “It’s just the nature of the game. At the moment it’s hard to be too happy about a win when you know what’s more than likely going on here.”